BF Adventure celebrated the opening of their new adventure barn on 21st August. There has been a desperate need for this facility over the years but funds were not available. The Adventure Barn is a vital asset to the charity and can now offer challenging, confidence building activities, under cover, to more vulnerable young people, teaching them to build trust and believe in themselves. 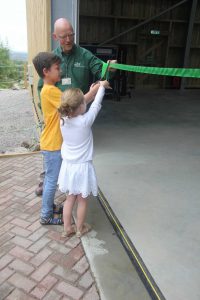 The Adventure Barn will also be used to generate additional funds through commercial activities, and will be available to rent by local groups and community.

On 21st August the Adventure Barn was officially opened by the funders, supporters of the project and members of the local community. Cream teas were offered and the opportunity to try out the new indoor climbing wall was taken up by some familiar faces including the Deputy Mayor of Falmouth and Tony Hogg, former Cornwall and Devon Police Commissioner.

Adrian Richards CEO says: BF Adventure has been supporting young people with disabilities, that are victims of abuse, and with high anxiety and depression for nearly 30 years. The difference the charity has made to young people’s lives in some cases has literally been life or death. The addition of the Adventure Barn has always been a long-held aspiration for the charity, but has never been affordable. Significant funders and blind faith from dedicated supporters, going to the ends of the earth, made it happen. Thank you.

The Adventure Barn project started in 2017, local supporters went out to charities and funders to seek finance to build the new facility. An incredible response came back and two thirds of the funding was found for the project. Other local businesses, funders and supporters were approached, plans were drawn up and permission was granted.

Despite the terrible winter the Adventure Barn went up, and in May 2018 was open for use. This has been a giant step forward for the charity, the only previous indoor facility was a dilapidated marquee.

Now that the building has been officially opened and is in use, it is time for the next phase of the project. Phase 2 includes increasing the climbing wall, more accessible equipment, and high aspects including high rope obstacles. If you are interested in getting involved in supporting this next phase please get in touch with enquiries@bfadventure.org or for more information see our website bfadventure.org 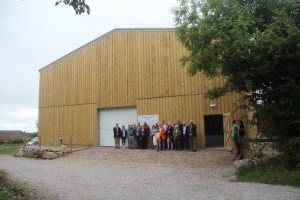 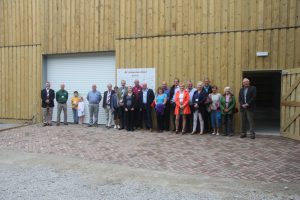 As per our other recent projects the Adventure Barn has been achieved thanks to a huge combined effort, significant funders, discounts, donations, community support and as ever Volunteers, here are some that have made this possible: